YES, RON, I WANT TO JOIN THE ONE-IN-A-MILLION TEAM

FaithWalk Ministries International is the worldwide ministry focus of Susek Evangelistic Association which exists to help strengthen your faith, your church, your ministry and reach the lost for Christ. We serve the Lord through Evangelism, Conferences, Mediation, Books and other Resources.

Ron Susek is an ordained minister, evangelist and radio Bible teacher. Ron’s wife Diane Susek, a graduate of Peabody Conservatory of Music, has recorded eleven albums and has received the Best Album of the Year from the National Evangelical Film Foundation.

“To equip one million Christians worldwide to bring one hundred million people to salvation by the pure and simple Gospel.”

How You Can Help Us

I am so glad that you are visiting our web site today. This is an ever-developing center where you will regularly find new materials to assist you in your Christian development and service.

Our vision here at Susek Evangelistic Association (SEA) and FaithWalk Ministries International (FMI), which is a subsidiary of SEA, is to equip one million Christians worldwide to bring 100 million people to salvation by sharing the pure and simple Gospel. I hope that you decide to become part of our One-in-a-Million team committed to fulfill this vision. Our website is loaded with encouragement, biblical teaching and practical insights as you seek to grow in your faith and bring others to know our Savior.

Be sure to share your name and email address so we can notify you of new biblical insights, encouraging reports, Bible courses and more. Be part of our One-in-a-Million team, working together toward the day when the Lord says, "Well done!"

So, welcome. Make yourself at home. Explore our site to find areas most beneficial to you. Let us know how we can better assist you in fulfilling the Great Commission. We will prayerfully and carefully consider your input.

Immanuel: God is with you! 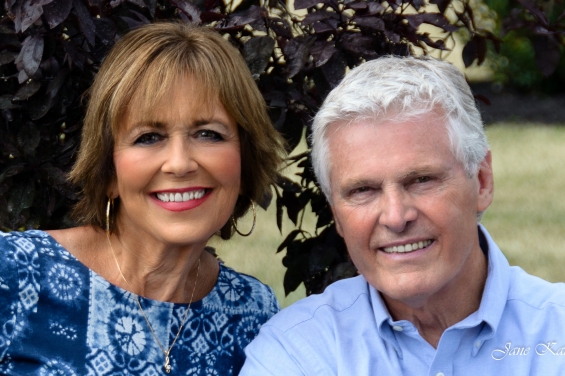 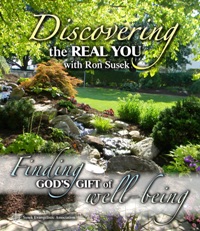 Discovering the REAL YOU

Finding God's Gift of well-being. God is in the business of character building, not quick-fix solutions to our problems. If we evolved from animals, we must look down to the animals to understand our behavior. However, when we turn to the Bible, we discover that is not the picture at all. Rather, we fell from God and the only way we can understand ourselves is to look up to God and see how far we have fallen. The harder you try to feel good about yourself, the more you are focused on self.

Explore with me what is meant by having the courage to pray in today’s edition of FaithWalk: Courage for the Journey.

This enraged Saul’s jealousy. In time, God replaced self-centered Saul with God-centered David. No longer was he sleeping on dew dampened slopes while tending sheep but sleeping in the king’s bed with servants tending to his every wish. Soon opposing nations learned not to mess with David.

Despite his dark year of sin that began with adultery and ended with a lie and a murder, his heartfelt repentance showed him to be a man after God’s own heart.

David’s response inspired the title of today’s devotional. He prayed, “For you, O Lord of hosts, the God of Israel, have made this revelation to your servant, saying, ‘I will build you a house.’ Therefore your servant has found courage to pray this prayer to you” (2 Samuel 7:27).


David would never dream of asking God to seat the Messiah on his throne. When God revealed His purpose for David, then David had the courage to pray for what God had initiated.

Application: So it is with you. God has a unique purpose for your life. Like David, disentangle yourself from sin by confession and repentance. Seek His face. He will reveal His purpose. Once God shows you His purpose for your life, then courageously say with David, “The LORD will fulfill his purpose for me; your steadfast love, O LORD, endures forever. Do not forsake the work of your hands” (Psalm 138:8).

Now you can boldly lay claim to Paul’s words that read, “For all the promises of God find their Yes in him. That is why it is through him that we utter our Amen to God for his glory” (2 Corinthians 1:20).

While God may lead you on a rocky path, as He did David, you will end up seated on a throne beyond your imagination.

Remember, Immanuel: God is with you.
Your friend,
Ron

JETS ARE REVVING UP AT FAITHWALK HOUSE!

An exciting note from Danisa in Zimbabwe awaits you in today’s edition of FaithWalk in Action.

JETS ARE REVVING UP AT FAITHWALK HOUSE!
by Ron Susek
©Golden Quill Publications
READ CAREFULLY!
…pray also for us, that God may open to us a door for the word,
to declare the mystery of Christ…
(Colossians 4:3)

As North America slips deeper into autumn on its way toward the chilly blast of winter, Zimbabwe is racing through a spring that already feels like summer.

Danisa and Treziah are still basking in the afterglow of living in a home without leaking roofs and evictions from landlords escaping Zimbabwe.

They are home…happily home and so many of you have made this possible!

To them, however, FaithWalk House is more than a rest haven, it is a command center for advancing the Great Commission.

Slowly, Zimbabwe is lowering restrictions and outreach is on the rise.

This month, Danisa will be heading to two locations to conduct summits. One will be in the town of Filabusi and the other in Mthanyelwane.

Go ahead and try to pronounce the second one. You must be born in Africa to tackle that one.

Above all, I want you to see how the leaders in these two towns feel about the summits. Here are parts of Danisa’s note to me.

“My contacts are already consulting and mobilizing for these Summits.

“Pastor Chris Ndlovu (no family ties with me) is sure of about 30 church leaders. I hope to reach 50.

Pastor Chris wrote why he thought the summit would benefit the church:

"The summit is important because we as leaders are instructed from God’s Word how to lead our churches the biblical way. As we are in a rural setup where Christian literature is hardly available, this event will boost the pastors' libraries as they add their notes from the summit.

“The Summit also will bring unity to the evangelical body of Christ. Also, it will open evangelicals' eyes to the real gospel.”

“Since we are just coming from the Covid 19 lockdown, I hope to organize 50 church leaders from different denominations.”

Along with teaching the pure and simple Gospel, he hopes to encourage leaders to be faithful and truthful, especially with elections just around the corner. Elections tend to make leaders lose their focus and integrity.

It is exciting that we are ready to resume these Summits. We invite our friends to pray with us that these doors will remain open and not be closed by another lockdown.

Fellow believers, as you know, summits have many expenses connected with them. I want to rush $2000 to Danisa for conducting these two summits. Your help will be most appreciated. HERE'S HOW YOU CAN HELP!!!

Here on our website go to ‘Donate’ and choose Option #1 to participate in these upcoming summits, or call Sherrie at 717.337.1170.

Always remember, Immanuel: God is with you!
Your friend,
Ron

IMPORTANT PRAYER REQUEST!
We are asking all of you to remember Doris Ortman (Terry's wife) in prayer this very day as she undergoes surgery to remove her left eye. This eye has long been a source of trouble (she has had no sight in it) and much discomfort and doctors have agreed that this is the only way to give her more comfort and protect her right eye. We love her and pray for a quick recovery, followed by a prosthesis insert. Please join us before the throne on her behalf.

OUR FUTURE HOPE (Instruction for Mankind)

Want to see how our world will end? Read today’s edition of FaithWalk: Courage for the Journey.

OUR FUTURE HOPE
(Instruction for Mankind)
by Ron Susek
@Golden Quill Publications
READ CAREFULLY!
And yet this was a small thing in your eyes, O Lord God. You have spoken also of your servant’s house for a great while to come, and this is instruction for mankind, O Lord God!
(2 Samuel 7:19)

Ponder this verse in contrast to the endless stream of threatening news bombarding us from every corner of the world. Threats and aggressions are stretching us to the breaking point of war. That mayhem will destroy economies, turn constructions into rubble and end lives.

WWI was the war to end all wars. Turns out, it fused WWII and numerous wars to follow. A satanic madness keeps stirring trouble. Warning against war is never stronger than the craving to conquer.

But there is hope as seen in King David’s encounter with God.

Historic setting: In 2 Samuel 7, David wants to build a house for God.

God replied that David was not to build it. Instead, God was going to build a house for David, one that would bless all of mankind—right down to you!

Recounting God’s blessing that took him from shepherd to king, David calls it a small thing. Compared to creating the universe, it was a small thing. More so, as David sees a bigger picture in God’s words about his future, he says, You have spoken also of your servant’s house for a great while to come.…

In other words, God revealed David’s house impacting the world long into the future. In fact, David’s throne will extend to the end of the Messiah’s thousand-year reign.

ESV commentators explain those words this way, “…all people can learn about God’s faithfulness and grace from his promises to David.”

Get the picture? This is your future. God will not permit the arrogant attempts of godless men, who are trying to shape us into their image, to end the world (see Revelation 18).

God’s Son is coming soon to rule the world by sitting on David’s throne. His judgments will be just and peace will reign.

Overwhelmed by this revelation, David prayed, “Therefore your servant has found courage to pray this prayer to you” (v. 27).

Application: Like David, rise-up in bold, courageous prayer to see God establish His will on earth. Mankind’s madness will not win. God is building the house of David for believers of all time.

This is why David called God’s revelation, “instruction for mankind”—including you!

If you are not certain that you qualify for the kingdom, pray this prayer:

Dear God, on the basis that Jesus died for me, I am trusting Your forgiveness for all my sins. I am asking You to give me the power to live in obedience to Your will from now until I meet You in heaven. I pray in Jesus’ name, Amen.

Always remember, Immanuel: God is with you.
Your friend,
Ron