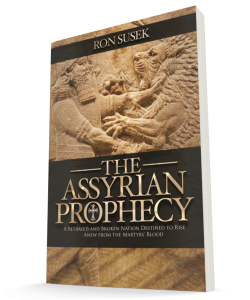 The Assyrian people are the descendants of Noah's grandson—Ashur. They became the builders of a mighty empire by the hand of God. While most Christians are aware of this from the confrontations they had with Israel, as recorded the Bible, most do not know that they were also great builders of civilizations. In fact, the term "Cradle of Civilization" was generated by the creative work of their hands.

Because they overstepped their God-given authority as a rod in His hand, they were brought down in 612 B.C. Then, shortly after the resurrection of Christ, Thomas, Bartholomew and Thaddeus took the gospel to them in Mesopotamia—just 500 miles from Jerusalem. They became the first people group to respond to the gospel. Taking the Great Commission seriously, the Assyrians turned from empire builders to kingdom builders--the kingdom of God, that is.